The physioKEY, by SCENAR Deutchland, is the latest development of SCENAR technology with a pedigree that goes back to the Russian invention.

The SCENAR is a small handheld electronic device that is applied to your skin.

SCENAR is an acronym that describes not only what it is, but also how it influences a body:
• Self Controlling (with reference to the body as the main controlling influence),
• Energo-Neuro describes the use of an electrical impulse that interfaces with the neurological system through the skin, and
• Adaptive Regulator depicts the device’s influence on the body’s ability to make change. 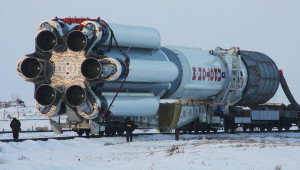 The device was developed as a part of the Soviet space program back in the mid-seventies. Its design objective was to create a small, portable, energy efficient yet highly effective device, which could maintain the cosmonauts in peak health, without making use of standard medicines

The technology is based on the principles of traditional Chinese medicine – acupuncture and zonal contact massage and the achievements of modern electrotherapy.  SCENAR brilliantly combines the most up-to-date electronic technology with the ancient healing art of the East. The first device prototype was manufactured in 1976 and  after several modifications and improvements, the SCENAR technology was born.

Professor Alexander Karasev is credited with the invention of SCENAR in 1979. The electronics and software were designed by Ganadi Fursov and Alexander Nadtotschij  for which they received a National Award.

The development of the technology was accelerated by Professor Alexander Revenko and Dr Yuri Gorfinkel.

In 1980 RITM OKB ZAO was founded with its main activity being that of the development and manufacturing of medical devices. The Company and its manufacturing  facilities are based in Taganrog, a small beautiful city in the South Eastern part of Russia. Approximately 100 employees work full time for RITM, the majority of whom are shareholders in the Company. This company holds the patents for all RITM SCENAR devices.

As can be seen, after dismantling of the USSR , SCENAR became available to the broad medical community and has since been gaining increasing acceptance and application throughout the world.

The Russian experience suggests that it can be effectively used on patients suffering with a very broad range of disorders and diseases. SCENAR has been authorised for clinical use by the Health Ministry of Russia since 1986. Today SCENAR is finding increasing acceptance by practitioners in many countries. Russian results are supported by several decades of feedback in Europe, USA and Australia. Health practitioners, therapists, as well as members of the public, now use SCENAR devices to great effect worldwide.

In Australia SCENAR is registered with the TGA as Class IIa medical pain relief device.

But how does it work?

The story is told that one of the inventors of SCENAR cared for a close relative as she was dying from a painful disease…. (to be continued)