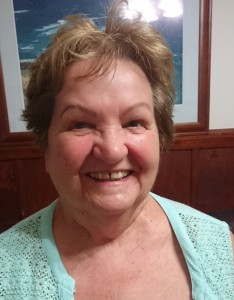 When I first met Jan, a widow in her 70s, she looked old.  She was polite but obviously in pain and being pulled down by it.  She explained that she had had surgery on both shoulders and spent a long term in hospital because she was unable to do anything for herself without her arms. She had been prescribed Targin to help her cope with the pain. It hardly touched the sides.  She was now in so much pain it was affecting her sleep.

She presented with very shallow, laboured breathing, and though obviously a stoic and independent woman, was struggling with the continual onslaught of her pain and her lack of mobility.

Through her first SCENAR treatment her pain was reduced to nil.  She was able to move her arms more freely, and importantly, she beamed with relief.  Relief not only from her pain, but also from the fear that this pain was to be her lot for life.

She agreed to continue with a course of treatment and has had thirteen of them over ten weeks.

She has been transformed. The slumped, almost resigned person that  originally walked in here has left to embark on a new life elsewhere in NSW.  She told me she wanted everyone to know how marvelous SCENAR therapy has been for her. Here is what she wrote:

“In June 2015 I had the misfortune of breaking both my shoulders and upper arms, which resulted in a three month stint in hospital. I was not able to do anything for myself.  Over the months I tried numerous natural healing techniques, to no avail.  In constant pain, I  tried everything. By chance my son found a therapy that we had not heard of.  After making an appointment, SCENAR therapy entered my life.

I have found it to be the best healing therapy ever.  Even during the first appointment my pain dropped away, I was able to breathe freely and I could raise may arms above my head.  Now, after a course of treatments, instead of having to rely on my family I am almost ready to fend for myself and start a new life.

Thanks you SCENAR therapy and the very charming Vincent Bowyer in Lismore! I am happy to recommend SCENAR therapy to anyone with an open mind looking for a natural pain relief treatment.”

Vincent Bowyer Adv Dip Nat, a Naturopath in Lismore and a Complimentary health practitioner since 2002, has been helping many hundreds of people find relief from pain and leading many to a more vibrant health. His is a practitioner member of CMA, STAA, and AMT Trained by Australia's Chris Mortensen, Vince has attended master classes under Prof. Alexander Tarakanov, Prof. Alexander Revenko and Dr. Galina Subottina.  By special invitation he participated in the international SCENAR trainers forum in Switzerland led by Prof. Revenko, which included SCENAR practitioners from Europe, Africa, Australia and North America. He is a passionate user and trainer of the latest Non-Invasive Neurostimulation technology available in Australia.